Quju Opera from Mianchi Makes A Stir in Beijing

The Quju opera "Son of Mountains", designed by an opera troupe from Mianchi county in Sanmenxia, Henan province made an impressive entrance in Beijing on June 23. Henan Quju, a local operatic style derived from ballad singing, is among the top eight most popular operas in China and the second most popular opera in Henan province.The opera is currently being performed by a number of theatrical troupes from May to August in Beijing in order to promote and develop the traditional art form. 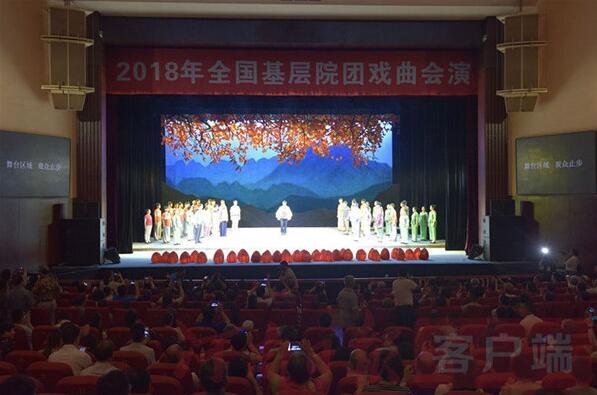 The Quju opera "Son of Mountains" is performed in Beijing on June 23. [Photo/henandaily.cn]

Hosted by the Central Propaganda Department, Ministry of Culture and Tourism, the production will include 40 shows performed by groups from 29 provinces, autonomous regions, and municipalities as well as the Xinjiang Production and Construction Corps and Hong Kong and Macao special administrative regions. A total of 47 genres will be featured.

"Son of Mountains" is the sole play from Henan, and it has received strong praise from those who have seen it.The play is adapted from the story of Zhang Dongtang, a secretary from the Silongmiao village Party branch in Duancun township, Mianchi County, who suffers from cancer. He united his fellow villagers and led them in a quest to eliminate poverty and create a better life for themselves.

The drama has received rave reviews since it was first performed in July 2017. It stood out during the 14th Henan Drama Competition in November 2017, winning a total of eight awards.